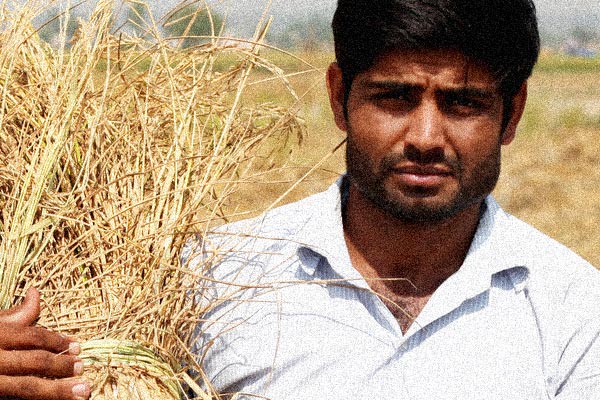 When Vijay came to Truthseekers, I was told that I should talk to him, collect his story. He didn’t speak English but he was always very friendly, occasionally bringing me chai or water. Dressed in a button-up and dress pants, he was very unassuming. Laughter lines framed his eyes, and he sported a very neat haircut. A fairly short, kind man is what I saw when I looked at him. Someone who might have a nice story about some friendly missionaries or spiritual healing. Something Godly, yes, but something relatively tame.

Instead, I came to know him as a man willing to lead, to protect others, and to spread the word of God with no regard for the danger.

Vijay was born a Hindu, named after the god of Victory. His father was a Hindu farmer in a small village, who took his baby out into the field to pray over him shortly after birth. Knowing that education was the only way out of poverty, his uneducated father made huge sacrifices so that Vijay could attend school. Unfortunately, Vijay hated it, preferring greatly the fields to the classroom. Raising cattle, exploring, and playing outside were how he spent his days, coming home after the end of school to trick his father. Despite his truancy, Vijay did not want to disappoint his father and so would work to earn money with the animals. Then he would bribe his teachers to pass him, giving them eggs and milk, and as a result he made it through fifth grade.

By this time he had younger siblings, and the family was really struggling. Seeing his family’s poverty, he left school to learn a trade. He saw school as a waste of time.

Vijay was just a boy that wanted to help his family. So, for the next three years, he apprenticed to a statue-carver in another village. They primarily made idols for the Hindu temples and festivals. After his apprenticeship he was able to go home, giving the $60 he had saved to his family. He was able to start a business and worked hard, saving virtually all of his money for his family. In this way he became known in the village for his hard work and for being prosperous despite his illiteracy.

Because of this the people wanted him to lead the celebration of the money goddess. They trusted Vijay to be responsible and put him in charge of the collection and management of the funds. Despite their poverty, the people in the village were eager to give towards the event, as they believed that in doing so they would reap the benefits. Vijay, too, gave much. He sold many of his statues and produced more work for free for the festival.

For his work and dedication to the people, he became very well-known in the area. Eventually he was approached by Naxalite, an extremist Communist group known for their Robin hood-esque actions. They operated outside of the law, sometimes performing horrible actions in the name of equality, but with their influence Vijay was able to gain power and work towards the betterment of his people. He never joined them, and never broke the law, but since they supported him he was able to fight the corruption and greed that pervades rural India.

Eventually the upper-caste in the area made Vijay the leader of the province, seeing that he was widely respected and had Naxalite connections. At first he did not really want the power and responsibility of such a position, but they used his caste-leader, Sanjay Paswan, to convince him to take the job.

Despite his initial reluctance, Vijay was a great leader. He had respect in his community, was an honest person, and eventually through his efforts his party was able to win a parliament seat for the caste-leader Sanjay Paswan. Vijay thrived, organizing events and managing his province, even helping at the parliamentary level.

One day John was in the state capital while Sunil was visiting, and the two met. Sunil, noticing a particularly intricate statue in John’s office, asked him about the carver. John praised Vijay and his skill, going so far as to call him brother.

Sunil soon went back to Delhi, but John wanted him to meet Vijay and so sent the stone carver along with some samples of work. Vijay made his way to the Truthseekers office. Upon seeing him with the statues, Sunil asked him if he was the carver from Bihar, the Parliament member’s brother. Vijay confirmed this, completely astounded that someone in Delhi would know who he was and think him important.

As he spent the day there, Vijay was very impressed with Truthseekers. It was clean and nice, but more importantly it felt open, with everyone talking freely. There was no sense of entitlement or oppression, because everyone considered themselves equal. Someone gave him “Slavery” by Phoule, a book Truthseekers uses to show how the Indian people have been enslaved by the concept of caste. Not knowing how to read, he asked Pranjal what was in it, and Pranjal spoke to him about casteism and the incredible lies with which the upper-castes had tried to control the rest of the population.

Sunil, seeing that Vijay was enjoying the freedom of Truthseekers, invited him to spend more time there. Unfortunately, Vijay was intimidated by how alien it was, and though he wanted to stay, he said no.

Vijay went home, taking a copy of “Slavery” with him and starting on a journey that would change him forever. At this point, he realized that there was more to life than he had previously imagined and was seeking a real God instead of the idols with which he had grown up. He didn’t yet know Jesus, but in an attempt to imitate the prayer he had seen done by Truthseekers, he began praying to Phoule and Ambedkar (the Untouchable who became the father of the Indian constitution.)

Eventually he broke all of the idols in his house, finished with the lies of Hinduism. This was extremely brave, because as he expected, everyone found out. They all thought he was crazy, and many of them stopped associating with him. Rather than relent, he resigned himself to being lonely. At one point, his wife and sister became very sick, and the village became angry with him because they blamed it on the destruction of the idols.

While trying to sleep one night, he was tormented by what to believe in, to whom to pray. Suddenly, the name Jesus Christ appeared in his mind. He had heard the name at the office, but had no idea who he was.

Despite his ignorance to the details of Christianity, God was with him. The next day he called all of his relatives, ones who had previously thought him mad, and convinced them that idol worship was wrong and did not grant them freedom.

Vijay began traveling back and forth from the Truthseekers office, where Pranjal would teach him about Jesus and Vijay in turn would go back and teach his family. Every evening he would hold prayer at his house, and he began a church service on Sundays at the village school. People in his village started going, then people from other villages, and Vijay taught them all how to pray to God.

Though he was doing great work in his village, he did not do so without opposition. During Diwali that year, he made a huge banner for Truthseekers instead of organizing the Hindu festival. People came to the school where he was, demanding to place an idol inside. Vijay denied them, refusing to let them so disrespect his church. They fought, the statue was broken, and Vijay was arrested by the police. 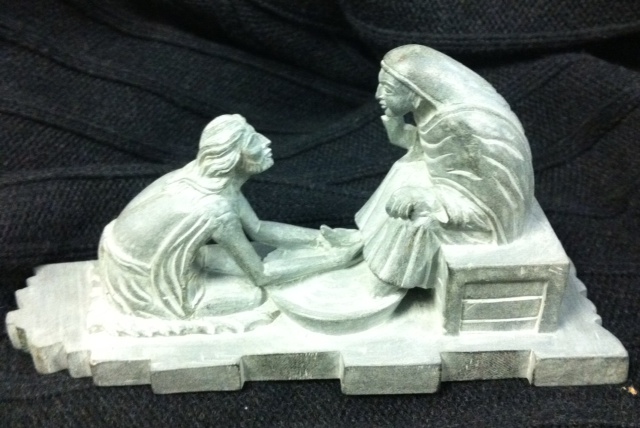 They asked him why he had broken the statue, which was a serious, punishable offense, but he insisted that he didn’t. The people he had fought with lied and were trying to get him in trouble. They tried to trap him into admitting it, and continued insisting he was a liar. Eventually the people from his village came chanting, “Victory to Jesus” around the police station. Getting anxious, the police tried to demand a bribe. They tried to scare him, saying that if they didn’t pay then he would be locked away for years. Yet, Vijay stayed strong, saying that he would not bribe because he was telling the truth and was a Truthseeker.

Surprised by his resolve, the police gave in. One of Vijay’s relatives visited, bringing food and drink, and they had a peaceful meal together. As they were letting Vijay go, they warned him to be careful of the idol-worshippers who had attacked him, as they had the power to make his life very difficult.

Despite this, Vijay has continued his work for God. He has been threatened, even shot at, but still preaches and spreads the Word in continually bigger ways.

This man is truly a reminder of God’s power. No matter our status in the conventional world, God can use us. This illiterate man brought Jesus to hundreds of people, defying the idol-worshippers who wanted to shut him down.